We will solve your legal needs quickly and efficiently so that you can get back to running your business and not bogged down in costly and lengthy legal matters. 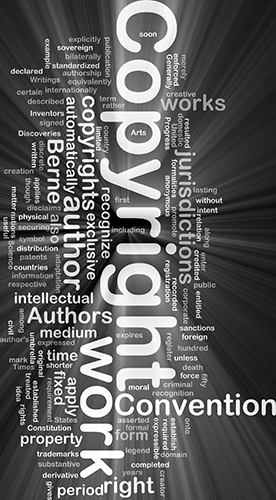 A company’s identifying “address” on the Internet is known as a “domain name”.  Domain names in the United States contain two components: a “top level domain” or “TLD”, identifying the type of entity possessing the name (“.gov”, for government entities, “.edu” , for education institutions, “.net”, for certain networks, “.org” for industry organizations, and the ubiquitous “.com” for commercial businesses); and the second level domain, which identifies the specific name holder (yielding a name, when combined, like “haledorr.com”).  No two companies can have the same domain name.  The owner of each domain name can create virtually unlimited subdomains under its primary domain name (e.g., contreas@haledorr.com).  Internet domain names in the U.S. are currently assigned by Network Solutions, Inc., under contract from the National Science Foundation.  The Patent and Trademark Office has indicated that domain names may be registered as U.S. Trademarks, subject to standard criteria regarding the registration of trademarks.  Outside the U.S., the TLD is used to identify the country of the holder (e.g., “.fr” for France, and “.ca” for Canada).  International domain names are assigned by a variety of local organizations known as the NIC’s (Network Information Centers).

Domain Names System and its problems

With the proliferation of corporate sites on the Internet’s World Wide Web, the domain name assignment system has experienced significant problems.  The most visible of these problems has been the registration of domains incorporating the names of prominent organizations, such as McDonalds, Coke, Hertz, Avon and Dole ’96, by unrelated persons hoping to either sell the domain name back to the company or otherwise interfere with its business or activities.  For example, in 1994 the Princeton Review Education Testing Company registered the domain name “Kaplan.com” for a web site that disparaged the services of its competitor, Stanley H. Kaplan Educational Center.  The Princeton Review Management Corp. v. Stanley H. Kaplan Education Center, Ltd., 94 Civ. 1604 (MGC) (S.D.N.Y. 1994).  Ultimately, the case was decided in arbitration, in which the Princeton Review was force to relinquish the domain name.  Another so-called “cyber-squatter” was an Internet service provider who obtained registrations for over 200 domain names, exclusively for the purpose of selling or licensing the name back to their legitimate users.  Itermatic, Inc. v. Toeppen, No.96 C 1982 (N.D.I11 1996).

A second problem arises form conflicting legitimate rights to the same name or abbreviation, which occurs when companies in different industries use the same name or initial to identify themselves.  For example, in 1994, Mark Newton, a computer bulletin board operator, registered the domain name “Newton.com”.  He was notified by Apple Computer that Apple owned the trademark “Newton”.  NSI has place the name Newton.com on hold until the resolution of the dispute.

NSI has attempted to address domain name conflicts through a series of policy statements, the most recent of which was released in September, and agreements that must be executed during the domain name assignment process.  The NSI policy permits a holder of a registered trademark to challenge the registration of a domain name covering its registered trademark.  The solution has a number of defects, however, because (a) it does not give any weight to common law, non-registered trademarks, (b) U.S. trademark law extends only to the class of goods or services to which a trademark relates, enabling several companies to hold U.S. trademarks registrations for the same name and (c) domain name pirates may actually obtain their own trademarks (in various jurisdictions around the world) on voluble names.  For example, Roadrunner Computer Systems, Inc. (“RCS”) offers Internet services in connection with the domain name “roadrunner.com”.  Warner Brothers challenged the roadrunner.com name; RCS was able to obtain its own trademark of the roadrunner name in Tunisia.  NSI refused to accept the Tunisian trademark, and was sued by RCS; a federal court in Virginia dismissed the case in June.  As of this writing, RCS’s web site is still identified by the roadrunner.com domain name; and NSI changed its policy in September to recognize only trademarks that were obtained prior to a domain name holder’s receipt of a cease and desist letter forma trademark holder.

A third, and most unexplored, problem arises in the international context, in which the identical second level domain name can exist with many different TLD’s.  Thus, the domain name haledorr.com may be reserved for Hale and Dorr in the United States; but haleanddorr.fr (France), haleanddorr.my (Malaysia), and haleanddorr.no (Norway) may not be registered to the same company as the registrant of the U.S. domain.  As there is no organized international entity to issue or monitor domain names, the resolution of domain name disputes in the international arena will be difficult.  Ironically, the problem of identical second level domain names may soon arise in the U.S. context, as well, as a result of current proposals to expand the number of U.S. TLD’s to avoid a perceived shortage of “.com” domain names (similar to the recent addition of new area codes in many parts of the country)

Under the common law in each state, a seller who uses any symbol as a trademark acquires the legal right to prevent other sellers from using a similar mark. Many states register trademarks to maintain a public record and allow others to search the record before choosing and using a new trademark. In the federal Lanham Act, Congress has provided a nationwide register of marks for sellers who participate in interstate commerce. Although a trademark owner can rely on state common-law rights by merely using the mark, federal registration provides valuable extra protection. For this reason, many sellers federally register their trademarks.

In the U.S., a symbol cannot be registered as a trademark until goods or services identified by the mark have actually been sold. Thus, a person cannot select a trademark and register it before use. The law in most nations, however, allows a mark to be registered before actual use, although many countries require use on goods within a certain number of years after registration.

Trademarks are federally registered in the U.S. Patent and Trademark Office of the Department of Commerce. When a seller applies for registration, the office will examine the application to see if the mark meets the conditions of federal law. The most important condition is that the trademark is not confusingly similar to one previously registered or used in the U.S. On approval of the application, the trademark is published in the official gazette to enable any objections to be heard in an opposition proceeding. If a registration is granted, it lasts for 20 years and may be renewed at 20-year intervals for as long as the trademark is still in use. Once a federal registration has been obtained, the owner may give notice by using the symbol R next to the trademark.

Any seller who uses a mark so similar to a registered trademark that it is likely to cause customer confusion is an infringer and can be sued in a state or federal court. The court compares the conflicting trademarks as to similarity in sound, sight, and meaning. It is not necessary that the parties sell directly competing goods for likelihood of confusion to occur; for example, use of the trademark Yale on flashlights was held to be an infringement of the same trademark on locks. Unlike patent or copyright infringement, trademark infringement is defined solely by the likely confusion of customers. The usual remedy after a court trial finding trademark infringement is an injunction prohibiting the infringer from using its mark.

A trademark is often a valuable property of a seller or manufacturer, because it is the symbol of the company’s goodwill and of its products and services. Thus, a trademark can be sold or assigned when a company and its assets are sold. It can also be licensed to others to use as long as the owner exercises control over the quality of goods or services supplied by the licensee; most fast-food outlets, such as Kentucky Fried Chicken, or other franchised businesses are licensed to use the trademark of the parent company.

An important side note is the explosion of the Internet and the need to protecting your trademark from becoming someone’s, domain name, i.e. www.joetv.com.  If your name becomes someone’s domain name you could lose your rights to that name or be subject to legal action.

Trademark holders have been successful in bring suit against both NSI and domain name holders to enjoin continued use of their trademarks in domain name based on federal and state trademark anti-dilution statutes.  One of the more prominent of these cases was Hasbro, Inc. v. Internet Entertainment Group, LTD., 1996 U.S. Dist, LEXIS 11626 (W.D. Wash. 1996) in which the defendant, Internet Entertainment Group (“IEG”, published sexually explicit materials on a web site called “candyland.com”.  Hasbro, the owner of the trademark Candy Land since 1951, sued IEG and NSI to enjoin IEG from using the domain name.  The court upheld Hasbro’s request for an injunction, holding that Hasbro demonstrated a likelihood of proving that IEG devalued and tarnished the Candy Land mark, and that the probable harm to Hasbro outweighed any inconvenience that IEG might have experienced if it stopped using the mark.  IEG has since renamed its site and continued to conduct business under a new domain name.

As an Alternative to litigation, many companies have successfully resolved domain name conflicts through contractual assignments of domain names, in which one company sells its domain name to another.  Often, there is a transitional period in which the selling party may continue to use the name, or at least notify users of its new domain name and the parties agree to forward misdirected e-mail to one another.  NSI must be notified of the assignment, and the purchaser of the domain name must agree to comply with the NSI policy then in effect.

Domain name issues represent an increasing concern to holders of trademarks and Internet domain names.  The solutions thus far have been propagated piecemeal by various organizations, including NSI, the Patent and Trademark Office, and the courts.  Companies must pay careful attention to these issues to ensure that their valuable intangible property and goodwill are not diminished.